Jean-Michel Bérard founded Esker in 1985, shortly after earning his engineering degree from the Lyon Institut National des Sciences Appliquées (INSA). As President of Esker's Board of Directors, Jean-Michel is responsible for defining and executing Esker's business strategy with the Board of Directors. He oversees the Asia-Pacific subsidiary to stay in direct contact with customers and prospects in the emerging markets. He also represents Esker to the financial community, IT analysts and the press. Jean-Michel was named the 2013 Engineer Entrepreneur of the Year by the weekly French news magazine l'Usine Nouvelle and Entrepreneur of the Year for the French Rhône-Alpes region in 2013 by EY. He was also named Entrepreneur of the Year for France in 2000 by EY. 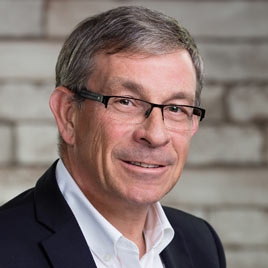