Jean-Jacques Bérard is Executive Vice President, Research and Development at Esker. In this role he implements product strategy and oversees product planning and development. Jean-Jacques joined Esker in 1995 as Project Leader for the SQL team and later moved to Research and Development (R&D) Manager in 1997. In 1998 he advanced to his current role. Prior to Esker, Jean-Jacques was R&D team Manager at Arthur Andersen Consulting in Lyon. Jean-Jacques received his engineering degree in 1988 from the Lyon Institut National des Sciences Appliquées, France. 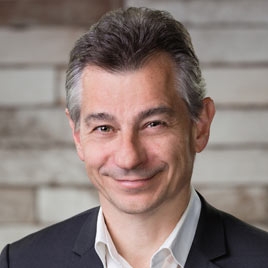